The Coronavirus pandemic has not just impacted the supply chain, but has also delayed several high-profile upcoming products from major tech companies. Even though there are concerns around weak consumer demand, Google doesn’t seem to be slowing down in these unprecedented times. In fact, Google is reportedly working on several new products that are expected to launch this year. We’re anticipating Google to launch the Pixel 4a, Chromecast 4 aka Sabrina, a new Google Home smart speaker, and much more.

Google’s upcoming Pixel 4a will reportedly launch shortly. The Pixel 4a will replace the last year’s Pixel 3a. The Pixel 4a has already passed through the FCC in the US, meaning the Pixel 4a is days away from its global debut. Back in April, 9to5Google reported that the phone would come with a 5.81-inch OLED screen and Qualcomm’s Snapdragon 730 processor with 6GB RAM. The device is believed to feature a 3,080mAh battery, 12.2 MP single camera, and headphone jack. The mid-range phone is said to start at just $349, undercutting Apple’s iPhone SE 2020. 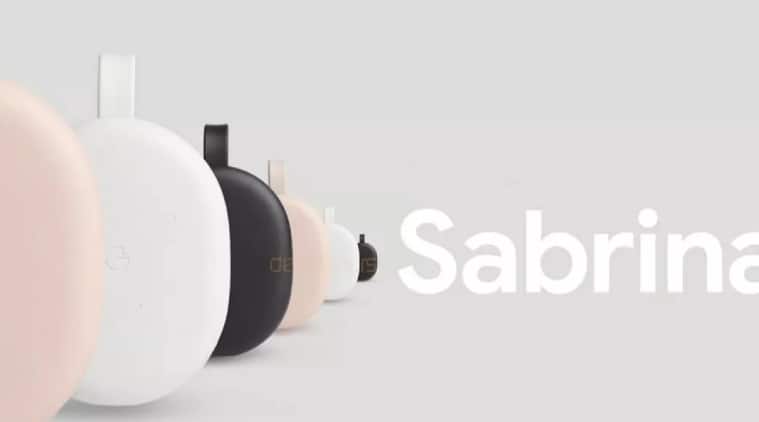 Google is planning to release the next-generation Chromecast this year. Even before the release, we’ve already heard a lot about “Sabrina”, its code-name. This Android TV-based dongle will be a lot different from the existing Chromecast Ultra, if rumours are to be believed. The new streaming dongle seems to be a fairly capable device with a low-latency gaming mode, HDMI 2.1, and with Dolby Vision support. And for the first time, Google will ship a dedicated media remote with the upcoming streaming dongle. A redesigned Android TV interface may also launch alongside the new Chromecast. Although the Google Pixel 5 is months away from release, we already know a lot about the upcoming phone. Many say the Pixel 5 will look a lot different from the existing Pixel 4 with a new design language. Multiple leaks also suggest that the phone will come with a mid-range processor as opposed to Qualcomm’s flagship chipset. At the moment, we can expect the Pixel 5 to be powered by the Snapdragon 768G processor. Expect the Pixel 5 to feature a redesigned camera module, alongside an ultra-wide-angle lens. Early rumours also suggest that the Pixel 5 would sell for $649 as a starting price, a lot cheaper than the base price of the Pixel 4.

With the original Google Home speaker no more available, there’s a strong chance we might see its successor this year. Since the Home speaker has been discontinued in the US, Google no more sells a mid-range smart speaker in the market. You have an option to choose a Mini or few models with displays but it’s hard to imagine the Nest Home lineup without a successor to the 2016’s original Home speaker.

The State of Cloud Computing in 2020

Report: The iPhone 12 Pros will come with 120Hz screens and bigger batteries

Mobile World Congress Will Stay In Barcelona Until 2024

Connect with our team for advertising
in TIA

Get updates every morning about African technology directly in your inbox!